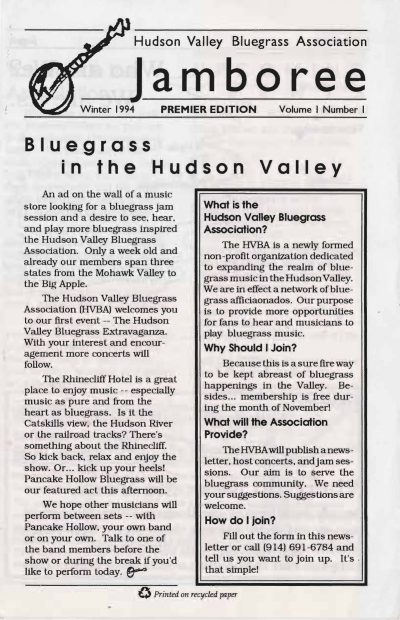 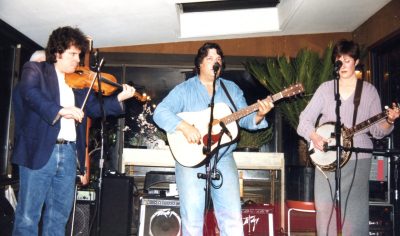 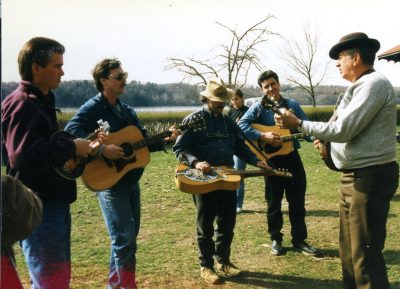 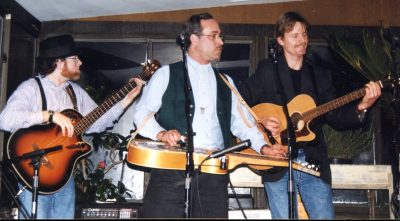 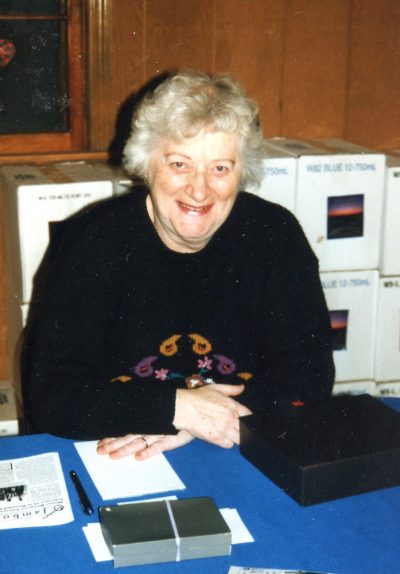 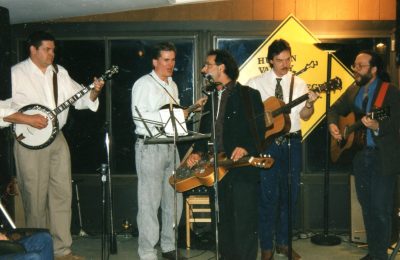 As the Hudson Valley Bluegrass Association begins its third decade, I’d like to take this opportunity to look back 20 years and share with you—our members—how it all began. But the story dates a bit farther back.

In September 1991 I moved to the Hudson Valley. I landed here without knowing a soul except the few people who interviewed me for a job—the job I still hold 22 years later. As a resophonic guitarist in search of other musicians I sought out jam sessions. At the first jam, in New Paltz, I met mandolinist Mira Fink. She said, “you must meet my friend, Jim Conklin” and put us in touch. At the time, the now departed Jim Conklin played banjo and he and I spent many hours trading tunes. It wasn’t long, sometime in 1992, that Jim introduced me to Rich Hines, who quickly became my musical collaborator and longtime friend.

From my first days here I made many contacts. An early contact was Bill Sepe, a visionary who dreamed of converting the abandoned Poughkeepsie railroad trestle into a greenway trail. Bill asked for music for a video chronicling the history of the bridge. I enlisted my comrades Jim Conklin (banjo), Rich Hines (guitar), Alan Dubrow (fiddle) and Bob Vedder (upright bass) to join me on dobro and we played a handful of tunes out on the rickety bridge in September 1993. The recordings became the soundtrack for “Sittin’ On Top of the World,” a film by Dick Crenson. Of course now that trestle has become the wildly popular Walkway Over the Hudson.

Not long after, Jim took a job and moved to Morristown, NJ. Finding a void in my musical life, I felt the need to meet more musicians. There were lots of bluegrass musicians around at the time. Bluegrass had a longstanding base of loyal fans enjoying outdoor festivals such as Peaceful Valley (Shinhopple, NY), and the legendary Berkshire Mountain Bluegrass Festival which later became Winterhawk, (Ancramdale NY) and now is produced as Grey Fox, across the Hudson in Oak Hill. At the time I had met some of these musicians but there was not a mechanism to bring them all together.

Hence, I paid $80 for a spot on WHVW, AM 950 (the nifty 950) where I was a disc jockey and rounded up the few musicians I had known at the time. I invited them to an open mic in the basement of the old Hotel Rhinecliff. That was November 1994.

Of course, musicians need willing ears. Dolores Tubbs was the first to answer the call. She worked tirelessly in the early days to motivate us and promote the HVBA. Dolores and I spent many hours folding newsletters, affixing mailing labels, and licking stamps.

In addition to a fine evening of music and a good time, I collected names and invited people to join the HVBA. It was free at the time, but later annual dues were raised to $3 to cover mailing costs. I published 44 editions of Jamboree until the spring of 2007 when the HVBA went digital with a comprehensive website and a weekly newsletter produced by now program director Lynn Lipton. These early newsletters built a strong association of bluegrass lovers and spawned friendships that have spanned the years.

I served as the HVBA’s first president. Dolores Tubbs became our treasurer, membership coordinator and secretary. Chris Scheu held the position of first vice-president and served in that capacity for a long time.

In the early days, several concerts were held in Poughkeepsie at the Cunneen Hackett Cultural Center and River Station featuring local bands, including Pancake Hollow, The Higgins Brothers, Grass, Heinzevino!, No Brakes, Out to Lunch, Mike Burns & North Country, and The Boys from Shelton Laurel.

Between 1999 and 2006 the HVBA teamed up with The Bardavon to produce an acoustic stage dubbed “Bluegrass Between the Bridges,” with regional acts such as Chris Jones & The Night Drivers, Salamander Crossing, at Hudson River Arts Festival at Waryas Park. Monthly jam sessions were held for years at The Pirate Canoe Club and later a second monthly jam was added while the music had moved to The Brown Derby for a while and has now landed at The Manor at Woodside, all in Poughkeepsie.

The HVBA has served the community well by providing entertainment for various not-for-profits and in 2003 promoted WinterGrass, a show featuring the late Vassar Clements at The Bardavon supporting the Hudson Valley Harvest Agriculture Revolving Loan Fund.

Thanks to new energy from subsequent presidents Mike Burns and David Angell, and program director Lynn Lipton, the organization has growth tremendously, expanding in new directions.

In the digital age, the HVBA blossomed into an important regional organization living up to its slogan “Bringin’ Bluegrass to the Hudson Valley” by producing shows featuring the popular national bluegrass musicians and bands such The Gibson Brothers, The Tony Rice Unit, Bill Keith, The Gibson Brothers, Steve Kaufman, Bob Paisley and Southern Grass, James King, The Lonesome River Band, Blue Highway, Laurie Lewis, and Byron Berline. Aside from two monthly jam sessions, which include “slow jams” for beginner and intermediate level players, the HVBA continues to live up to its mission.

With a grant in 2009 from The Dutchess Council of the Arts, the HVBA teamed up with the Poughkeepsie Day School for an educational program geared towards middle school children. A second outreach extended the program to Oakwood Friends School in 2010.

In 2011, and again in 2014, in partnership with Marist College, the program was expanded and successfully created “The Evolution of Bluegrass” for the Center for Lifetime Studies. Each week, senior citizens were treated to a walk through bluegrass history along with an in-depth introduction of each bluegrass instrument. The concluding class consisted of bringing all of the instruments together for a rousing concert. Those lucky enough to have been present had the added benefit of hearing Bill Keith speak of his stint with Bill Monroe and hear Keith play his banjo!

The latest addition to the outreach program has been to create the HVBA Showcase Series, held the last Friday of every month. This program showcases local bands and provides a venue for nationally known bands passing through the Mid-Hudson area.

Twice a year, in the Fall and Spring, large concerts are held. These are generously supported by local sponsors and have put the HVBA on the greater bluegrass map.

Although my involvement as diminished, I remain grateful to all who have contributed in ways large and small to build the bluegrass scene in the Hudson Valley.